Here are some shows we're doing really soon with our good friends from Baltimore, Celebration, from Oct 25th through Oct 30.

A reminder about a slightly older project- Coil Sea

For those who are new to Arbouretum, Coil Sea is a project and album that features Matthew Pierce and Dave Heumann from Arbouretum, and was released over a year ago. It's composed of four instrumental improv-based tracks that are the result of documenting a band whose members had never previously played together as a group. It was recorded over the course of two sessions, the results of which were edited together to create a seamless whole.

Recently it has come to my attention that there are still quite a few copies of this LP-only release at the Thrill Jockey Store, and well, I figured it was as good a time as any to mention this...
Posted by David H at 3:46 PM 2 comments:

Here we are on German National TV

New Show Added! May 11 at Nightlight in Chapel Hill NC, with Caltrop and Hiss Golden Messenger

Hope all you North Carolinians can make this one. It will be awesome.

there's somewhere that I have been meaning to revisit
in and among all, even as its true nature is hid
here, in the gloaming and black night
here, in the dawn and the golding bright

there is a design with the larger in the smaller
I found it in time and the lethargy of matter
sing, as would a white bird of mine
here, in this hall of a thousand rooms

I've seen it at night tessellating and unfolding
sheer gossamer threads, delicate and sacred shimmering
and if you reached for it, it would shatter
as things that you'd hold quickly fade away

there's something that's grown, spreading underneath through each inside
go see for your own, more and more the air is rarefied
now that the spires are crumbling down
and new holes appear where there once were none

if you should become separated from the restless herd
and you're hearing that hum, know that to this place you may return
wandering alone in a city of towers
one with the leaves and mycelia

by night's falling, by a fire
lines are drawn and divided in the dark
who stands watch and who retires
and who gets to break the silence

well my vote's as good as yours
and it don't matter who you were before
of all things, just two endure
high heaven and the howling wind

were they left there, are they still?
well it's something to ponder in the pines
there's no truth that can be spillled
no reason that can be divined

when delivery comes
I'll be waiting for it
on the high ground, in the sun
there underneath the billowing

Destroying to Save (Heumann, Wilson)

there's a righteous band that's marching
they're beating on drums, and even speak in tounges
they're passing plates around

out to comb the fields for stones
eyes casting for harlots and for heretics,
heels worn down from the road

onstage rocking back and forth
the choir's rattling swords, they stomp and shake the boards
the rest, they sing along

Cheering for a firefight, praying for the end
praisers of oblivion go round a bend
not to be a downer here, but I have my doubts
see here a tide and river turned about

you, who sought the water's purity
drank deep as the voices of the virtuous rang out, aloft in air

come, and I'll take you outside
walk with me to out beyond the barriers of what is said and known

bones and lodestones might be found
on ground that's not sown nor plowed, but opened up
like eyes to sight and sound

All around, through all the towns, word spread of a fire
a blaze had brought the building down, but who conspired
right out in the daylight, none saw him there
the ashen rider on a shadow mare


Orbits bend and ages end, soon may come a time
when nothing that remains of this is recognized
people don't you wait around, won't be no train
best go inside before it starts to rain

what lens is offering to give blurred things clarity?
what influnce is this, that compels me to you?

night was thick, and jasmine deep
by a stream that was all right
there was talk in ancient tones
silver, sparkling, and new

these lines go on for miles
in the distance, they converge
but you'll hear none of this
so I keep it aside

this place is curved and copper-tinged
I'm aquamarine, measured in fathoms
he has no tounge to taste the brine
because he's an empty shell


Song of the Nile (Heumann, Wilson)


I put on a mantle
stars were shining through
there in my reflection,
a kingdom split in two

well I stopped because a woman
was lying in the road
it was then that I remembered
which way I was supposed to go
Posted by David H at 2:41 PM 6 comments: 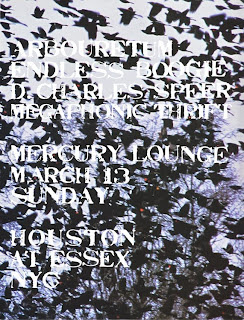 Corey finds out Ray from Castanets is his long-lost brother 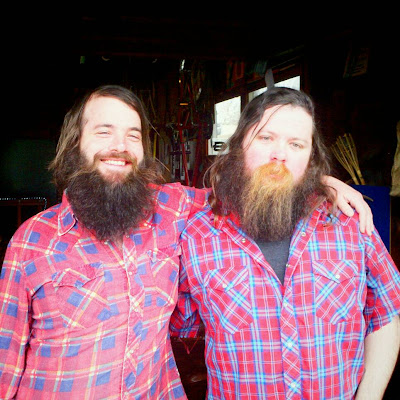 "Destroying to Save" video

Today, our fourth record was released. 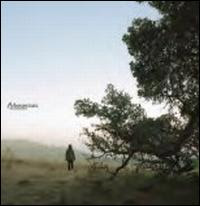 It's crazy looking back and realizing Arbouretum has been around this long. It still feels like we're at the beginning, but I suppose that's how it should be...It's about not becoming so satisfied with where you've been that you get complacent, you know? You have to hold onto whatever it was that got you started down the path in the first place. If anyone saw me post "to always begin" on our facebook a while ago and wondered what that meant, well, this is what I meant.
We had an excellent show the other night in Baltimore to celebrate this album's release. So many people came out to share the music with us and the vibe and sound in the room were conducive to us playing at our best. Secret Mountains opened and were fantastic.
We'll be in San Diego Thursday night, then up (and back down) the coast, and after that, a lot more places.
See you soon.
Posted by David H at 9:45 PM 5 comments:

Soon, we will be on the West Coast