This Weekend and Next Week 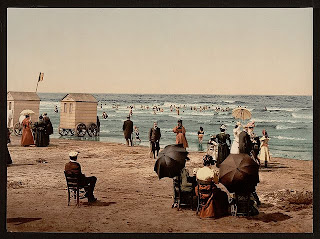 Haven't written here in a while. We actually have a fairly big and action-packed week coming up. Tonight (fri 2nd) we are heading down to Ocean City Maryland to mess around by the water and to get ready for a show we have there tomorrow. We're playing at Pepper's Tavern, right at 16th street and the boardwalk. Being that it's the 4th of July weekend and 16th street is known as "the party block", we expect nothing less than absolute insanity. We're sharing the bill (on the two that follow later in the week) with This Frontier Needs Heroes, a duo from Brooklyn NY who are really good friends of ours. They are a great time to watch and to hang out with. That's why they're coming.

Wednesday night finds us in Wilmington NC at Reggie's 42nd Street Tavern, and Thursday we will be at the Tin Roof in Charleston.
This trip is going to be awesome- things are gonna get wild, it's going to be very hot, we're all going swimming, and we're going to film it all. Hope you can make it.
Posted by David H at 5:05 PM