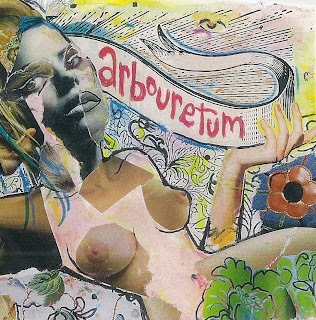 We were selling this on tour as a limited-edition CDR called "Sister Ray", as it's based on the Velvet Underground song of the same name.
Aural Slate, the label subsidiary of auralstates.com, is also selling it as a digital release.
In a nutshell, it's a 53 minute jam that was recorded live at a party at a loft space in Baltimore called Granfalloon. We were invited to play and thought we'd do something different than just perform our songs. It was a pretty amazing experience to do the gig, actually. It would have been completely adequate, from our perspective, if the gig HADN'T been recorded, as the whole point for us was to challenge ourselves by jamming for nearly an hour and not bore everyone in the process. But there right in front of us was David Carter with his recording gear. When we listened back to it later, we were more than satisfied with both our performance and the recording quality, and figured that, what with the May tour approaching, it would be a great opportunity to have something new at the merch table. A friend of mine that I grew up with, R.A. Monaco, did the collage work that we used as cover art. You can buy the $5 download HERE.
Posted by David H at 4:35 PM