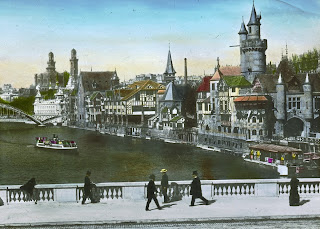 
Note to Glasgow friends- we're really sorry about canceling that one. We were looking at the maps and thinking we wouldn't want to drive from there to Amsterdam at the end of the tour(where we're flying out of) and then we read about the Hull-Rotterdam ferry...after we'd already canceled. So we might have sort of shot ourselves in the foot with that one. Next time for sure...
Posted by David H at 12:39 AM

hi dave - we're excited to be playing on the same bill as you at the colchester date. dude at the arts centre makes a mean (M-E-A-N) vegetable chilli. try not to fill yourselves up on shitty (S-H-I-T-T-Y) british service station snacks.
cheers,
marcus
www.myspace.com/ohdearishere

cool!I like the fact that you guys have a song with the same name as your group. Every group should do that.
Looking forward to sharing the bill.