Here's what I spent several hours on tonight 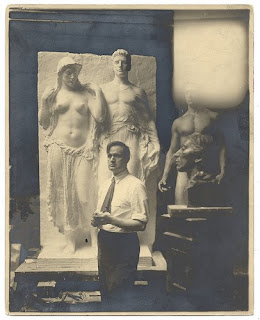 It kinda sucks I missed Victoria's surprise birthday party for this, but it needed to be turned in asap, and anyway I've been going out too much as of late. It's for the Carnegie Hall playbill.


Arbouretum, a band known for its epic, folk-driven songs underscored by ferocious, acid-drenched guitar breakouts, brings a slightly more pastoral side to the fore tonight with its first-ever performance at the legendary Carnegie Hall.

This past March, Arbouretum released its third full-length LP, the internationally-acclaimed gem Song of the Pearl. The album eclipsed expectations and transcended genre with its grand and melodious songs driven by surging rhythms, otherworldly twin-guitar explorations, and band founder David Heumann's compelling and emotive vocals. It is from this record that they draw the bulk of their selections tonight, as well as unique re-tellings of choice earlier material.

Having been invited to play a series of East Coast shows with Band of Horses, the members of Arbouretum have had their sights set on the Carnegie performance in particular as an opportunity to bring out a different aspect of their musical expression and songcraft, augmenting their core membership of Corey Allender, Daniel Franz, David Heumann, and Stephen Strohmeier with special appearances by some of the Mid-Atlantic region's finest. Guest vocalist Meg Baird, pedal steel ace Dave Hadley, and erstwhile full-time Arbourist Walker Teret lend their singular talents to the proceedings for this uncommon event, helping to start the evening with music that radiates as well as resonates. Tonight's a jewel indeed.
Posted by David H at 4:26 AM

Please tell us that this will be recorded and released somehow...
please?

I will certainly do my best to record it, but something tells me that Carnegie Hall might be adverse to that sort of thing, charging a "location fee" or something to that effect. However, we're playing a very similar set with the same lineup in Baltimore the week before, and that shouldn't be a problem.