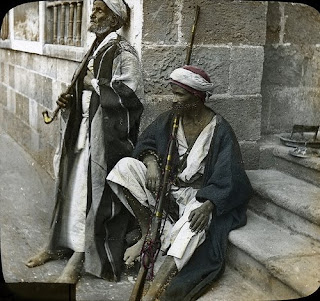 Moroccan kif-smokers like to speak of "two worlds", the one ruled by inexorable natural laws, and the other, the kif world, in which each person perceives "reality" according to the projections of his own essence, the state of consciousness in which the elements of the physical universe are automatically rearranged by cannabis to suit the requirements of the individual. These distorted variations in themselves generally are of scant interest to anyone but the subject at the time he is experiencing them. An intelligent smoker, nonetheless, can aid in directing the process of deformation in such a way that the results will have value to him in his daily life. If he has faith in the accuracy of his interpretations, he will accept them as decisive, and use them to determine a subsequent plan of action. Thus, for a dedicated smoker, the passage to the "other world" is often a pilgrimage undertaken for the express purpose of oracular consultation.

Paul Bowles, from the preface to A Hundred Camels in the Courtyard
Posted by David H at 9:27 PM